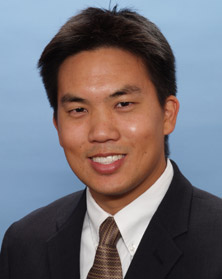 Dr. Wayne Kishimoto is a Body Imaging specialist dedicated to his family and to his career teleradiology practice with Sunset Radiology, Inc. Dr. Kishimoto completed both his residency and fellowship at Harbor-UCLA Medical Center where he served as Chief Resident from 2004-2005. It was there that he was awarded Certificates of Achievement in 2003, 2004, 2005 for the Highest Score on the Written Board Exam, and the Highest Score on the In-Service Exams given during those years. A California native, Dr. Kishimoto was appointed to the Dean’s List at the University of Southern California, Keck School of Medicine from which he graduated in 2001. Prior to that, Dr. Kishimoto achieved a Bachelor of Science in Bioengineering at the University of California at Berkeley where he graduated with High Honors. During his youth, Dr. Kishimoto was a competitive swimmer for twelve years and he continues to swim and surf for exercise. Dr. Kishimoto enjoys music, playing the violin, piano, and bass guitar, and also serves as Sunset’s resident IT expert radiologist.

©2019 Sunset Radiology, Inc. All Rights Reserved.
Back to Top
error: Content is protected !!